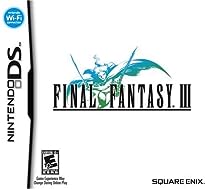 pretty fun most of the time
By Chris
pros:
-the class system was interesting, fun to learn
-gameplay was not difficult to pick up, and not overly explained
-good graphics for this style of game
-challenging bosses
-surprisingly a lot to explore/secret areas/etc. there were lots of places that i saw at early levels that were blocked off, and was able to come back to later, and they usually had some cool boss or secret item, which is cool

cons:
-extremely repetitive grinding. and you can't really not grind in this game, with the way classes are designed. i fought so many dumb level one goblins when i was upwards in the 50-60s, just mashing a distractedly while i was doing something else like reading or playing another game.
-the repetitive gameplay can be kind of depressing. you think, 'why did i spend so much time doing this?' and that's never a great thing to think when you're playing something. the best games are the ones where you don't question it. of course i spent 150+ hrs on persona 4, how else would i have gotten 100%? not the case with this one.
-story is lame
-game overs are frustrating and more frequent than i would have liked
-related to ^, no way to save in dungeons- ughhhh

i haven't played it in a while and i don't remember anything about the music, so it was probably forgettable/inoffensive

that said, i had a lot of fun playing this. i didn't want to replay it or go the extra mile with post-game challenges, but i enjoyed the run.

Where's is Sabin? JK!
By Montopolis
This is a 3D remake of the NES version of Final Fantasy 3. FF3 never got a release in the US, so this is the 1st official release of this game in our market,(not to be confused with FF6 for the SNES, which got released in the US as FF3). This version follows the original version pretty well, but also gave personalities to the main heroes and expanded the story. The graphics look really great and the character models have a very adorable look to them, I assume as a tribute to the adorable Onion Knight from the original game. The game plays similar to the earlier Final Fantasy games. You control your main heroes through towns, explore and talk to other characters to get quests and proceed through the story. Through a world map you can direct your main heroes to new towns and dungeons, where randomly you will enter a combat screen. Your character level and learn new abilities allowing them to learn new jobs titles which have different abilities and weapons for combat. During combat, you select through a menu what actions your heroes should perform such as attacks or magic abilities. It’s a great game for any fan of Final Fantasy and Dragon Quest games. A retro game with a modern look.

Nice to finally get III in the US
By Z. Beebe
Final Fantasy III was originally not released in the US, along with II. However, II saw a release with Final Fantasy Origins on the PlayStation 1 with the original Final Fantasy, and also on Game Boy Advance. This DS release is the first time the American audience has seen, and it's quite a good one. Like the first two games, you only have 4 characters, but III originated the Job system. You unlocked different Jobs, or Classes, for your characters as the story moves along, and you end up with quite a few different options for your party. You start out with the original 6 Jobs from the first game, Warrior, Thief, White Mage, Black Mage, Red Mage, and Monk, and eventually you have 23 to choose from. Being able to mix and match your characters' abilities is nice, as your party is never predetermined.

The music is fantastic, as always with a Final Fantasy game, and the graphics are quite nice for the DS. Also, the game is fairly difficult. If you're not a fan of leveling up your characters, you won't get far in this game. 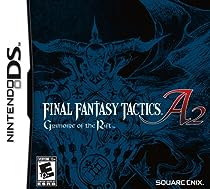 Final Fantasy Tactics A2: Grimoire of the Rift Artist Not Provided -
Amazon Price :$24.49